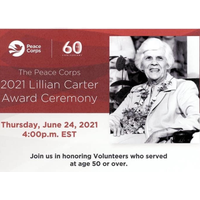 Congratulations are in order for two RPCV Alliance for Ukraine members - Patricia Deignan and Michael Dixon - who were honored at the 2021 Lillian Carter Award ceremony.

Lillian Carter was not only President Jimmy Carter's mother - she also served in the Peace Corps! At age 68, she became a health volunteer in India. Inspired by her example, the Peace Corps Lillian Carter Award honors outstanding returned Peace Corps Volunteers who served at age 50 and over.  This year, Patty Deignan (Community Development, 2017-2019) and Michael Dixon (Community Development, 2011-2014) were among the Top 10 Nominees. 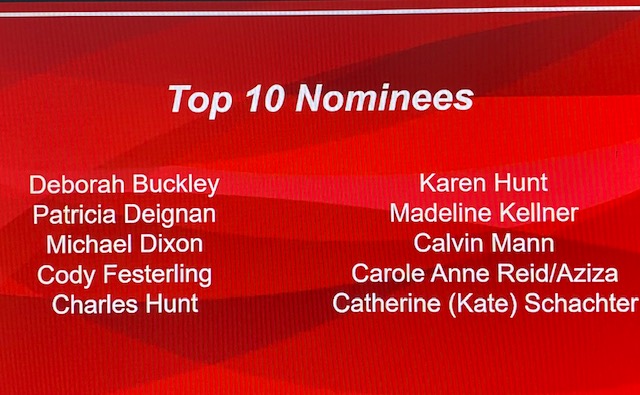 Nominees are evaluated on the following criteria: 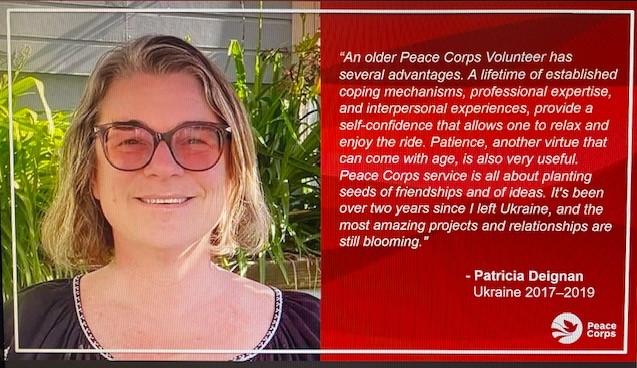 2021 was the first year in which nominations for the Lillian Carter Award were opened to the public. Nearly 80 nominations were submitted, and although only one person can receive the award, the selection committee also chose to highlight the top ten nominees.

In the words of Andrew Wilson, Director of the Office of the Third Goal and Returned Volunteer Services,

"These nominees' contributions have made a difference in their Peace Corps communities and here in the United States. The collective impact of their service, civic engagement, and promotion of the Peace Corps' mission and Third Goal is truly inspirational."

We are so fortunate that top nominees Patty Deignan and Michael Dixon are members of the RPCV Ukraine community and active leaders of the RPCV Alliance for Ukraine! Congratulations on an honor well deserved. 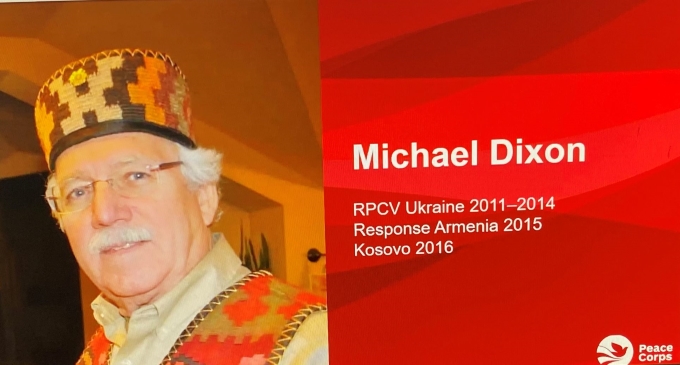 We congratulate as well the 2021 awardee, Carole Anne Reid, who served in both Eswatini and Moldova. You can find out a bit more about Carole in this 2017 Peace Corps story.