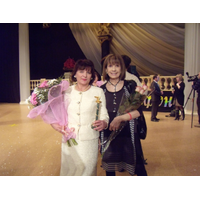 I often wonder what this Madison Avenue New York City girl is doing in Lviv, Ukraine, the country where it all started some 9 years ago. I could hardly have conceived when I landed here in early 2011, completely unknowing of what my life would become, that I would still be here in 2020.

The conditions leading to my longer sojourn evolved gradually and somewhat naturally. I cannot say that I fell in love with the country or with a person, but I met an unusual and unexpected opportunity to actually work here and get paid. For one with no children, my career was always the anchor, so continuing to work is a boon to my identity, my energy and to my self-esteem, though it is strangely amusing that the country I barely knew existed before I arrived has welcomed me with the collegial embrace of daily collaboration and support.

Peace Corps is for most of us a life-marker, with a heavy footprint on our memory banks and our hearts. And despite our awe and anxiety upon arrival and the wide variables of each individual Peace Corps experience, the end result is similar for all of us. We will never, never forget it. My story is just one of many. I wish I could hear each of yours.

I loved everything about Peace Corps service. I loved training. I loved my host family. I loved the Peace Corps Staff in Kiev. And I loved my placement in Kerch, the 2,600-year-old seaside town on the eastern tip of the Crimean Peninsula. One of my site mates termed the assignment “The Kerch Lottery,” and very soon I understood why - the beautiful wide sandy beach on the Kerch Strait, the pastel center of town on a broad open square, a small city easy to negotiate, the deep lore and history, and every aspect of my Community Development work including the colleagues I so deeply miss. I had extended and just reached 3 years in country, when we were all evacuated during Maidan in early 2014.

When I returned in 2015, I was sent to the western city of Lviv, called “the hidden gem of Europe,”  a charming European-style city which was part of the Austro-Hungarian Empire from 1772 – 1918 and as such, has a stunning mix of architectural riches, narrow cobblestone walkways, monuments which seem to preside over the bustling café society and youthful spirit.

I worked at City Hall in a successful and heartfelt collaboration with the Lviv Convention Bureau and still retain a valued relationship with them. 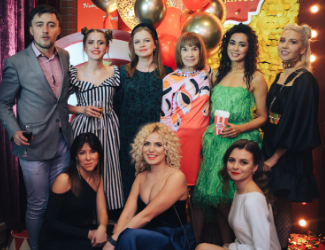 There is a seduction to the ex-pat lifestyle, a sort of strange distinction and boost to the ego, and though I will not stay here long term, I often dream that I am back in the U.S., aghast and horrified that I have returned too soon.

Ukraine is a hub for software engineering and a huge boon to the economy. These companies are beginning to recognize branding as essential to building a distinctive and ownable image, and it is here that I am able to parlay my marketing and branding experience.

The daily work life is both stimulating and frustrating, sometimes to the degree that I don’t know if I can continue.

And though the ex-pat life can be lonely and lacking at times, I realize that no situation is 100% satisfying, so I find the resources to accommodate.

LOCKED DOWN BUT NOT LOCKED OUT

The coronavirus impact here is similar to that of the rest of the world, except that the infection rate is still very low. But we are just as quarantined and self-isolated in Ukraine as in the international community.

We are working from home just like you, and despite the loneliness and isolation, we recognize the good fortune to be healthy and still have jobs. But cash flow and revenue declines at my company and others have created lay-offs, shared jobs, and delayed salary distribution, and this may be just the beginning.

We wait in line with our masks to enter supermarkets, get temperature checks, and stand behind painted lines on the floor for check out. Mostly the shelves remain stocked - no toilet paper shortages or cries for certain products like in the U.S. I think the scarcity mentality of the population and cultural differences in Ukraine explain this:

Most importantly, Ukrainians are more able than we to withstand unexpected pressures and unwanted situations. They suffered so much in the past century from state-induced famines, World War II, the USSR, on to massive corruption, high inflation, Maidan and Donbas, and even now, unreliable electricity and water supply, that they are much more practiced at bearing up under difficulties than their cushy American counterparts.

We quickly shed the petty disappointments of travel shut-down, closed restaurants and stores, cancellation of sports events and entertainment, and embraced the enforced frugality and common restrictions. And through the illness and economic devastation, it’s as though something else is taking over and we are witnessing the force of the collective human spirit. We feel the warmth of our human-ness, our earth-ness, the common recognition that we must bow to the greater calling. This creates a larger satisfaction, the great equalizer and unspoken solidarity to behave responsibly and in unison to bring the crisis to a hopeful and healthful end.